Hello once again and many thanks for taking the time to visit our Gaelic Football drills for U6’s which we hope will benefit you and your panels in some small way. Managing a large group of U6’s is not an easy task so the more time you spend planning for the training session in advance the better and we hope this post can give you some direction on how the session should be laid out and managed. Having sufficient support for larger groups is hugely important and you should try to have 2 mentors for each group of around 10 children if at all possible.

For the U6 age group, the training session can be split up in separate sections for easier management and always try to keep an eye on the time so that each part of the session can get enough coverage rather than rushing through some of the drills. Starting out, you can have a 10-minute warm up exercise routine for everyone and then split the larger group into smaller groups of 10 or less on average and have 2 mentors per group.

Before the session, you should set up 4 separate stations based on the number of groups you have so that 1 station will be covered by each group. Plan then on 30 to 35 minutes skill teaching drills in these stations and rotate every 8 to 10 minutes. Once these drills are complete, then finish up with 15 to 20 minutes of match play and split into 4 teams where necessary if the numbers are too large.

Section 1: Gaelic Football Warm up Drills for U6 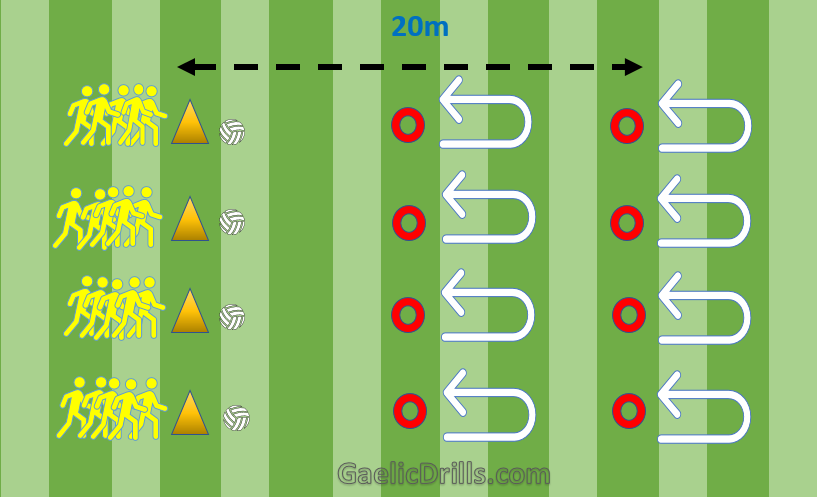 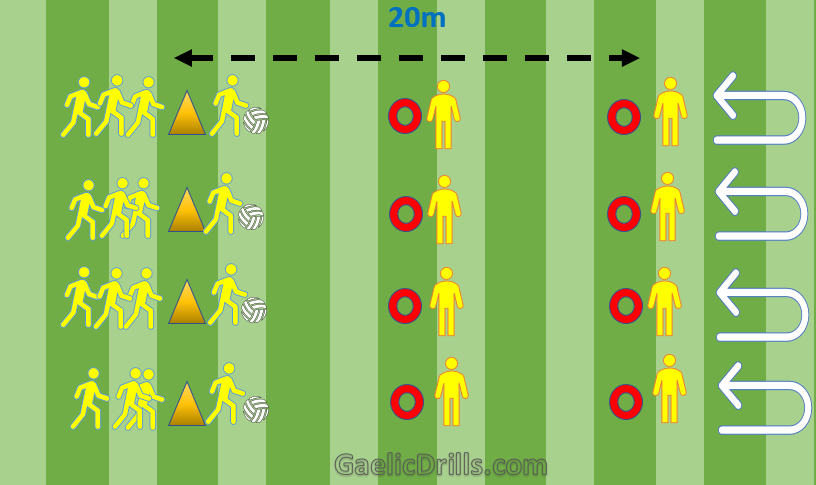 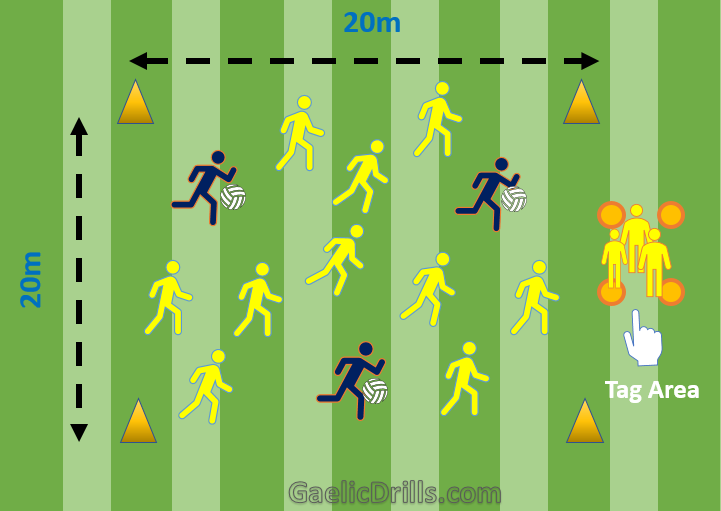 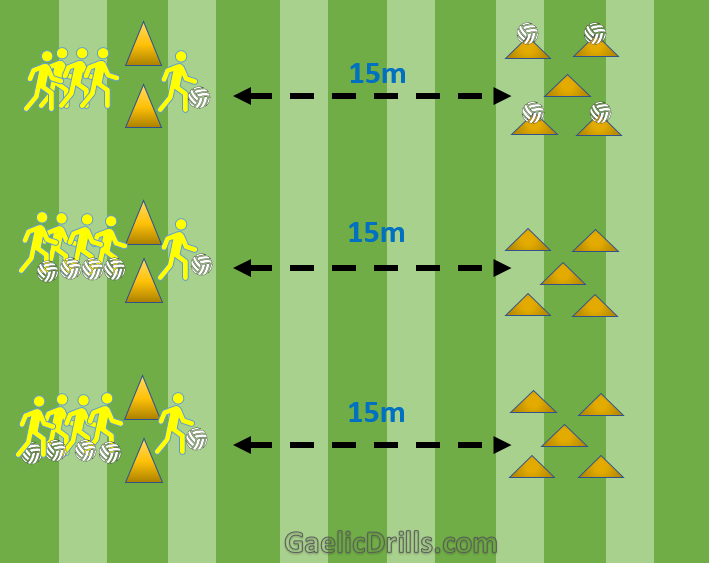 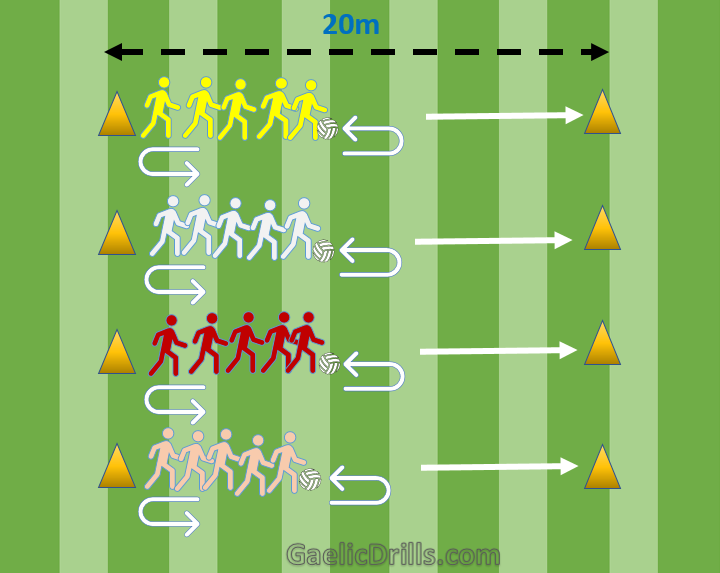 Once the warm-up drills are finished, if you have a group of 20 to 30, then split them into 4 smaller groups and have 4 separate practice stations set up and allow around 8 minutes on average per station and rotate the 4 groups through them. There are 10 drills outlined below for you to choose from – so pick out the best ones that you feel will suit your own mix. You can also do a mix and match and repeat the ones where you feel the children need to work on the most. 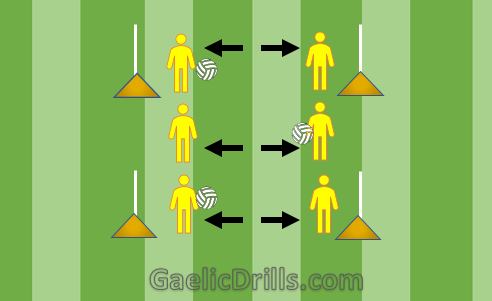 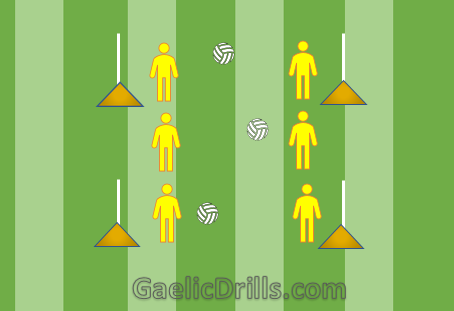 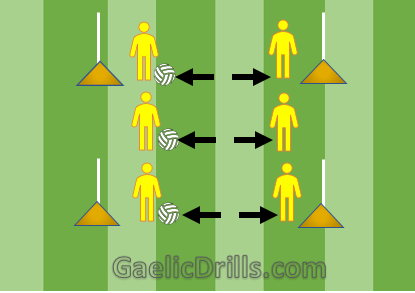 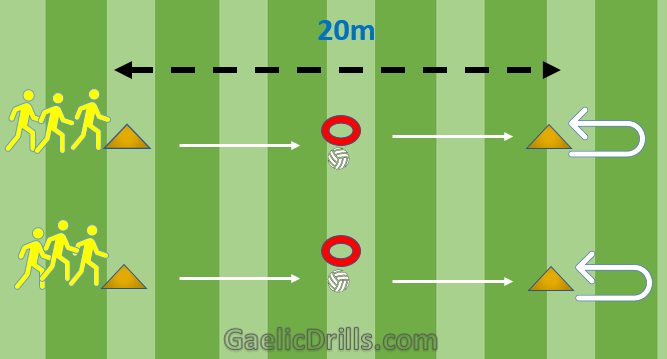 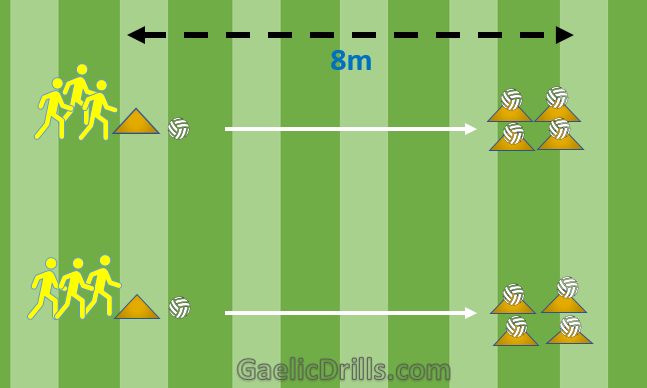 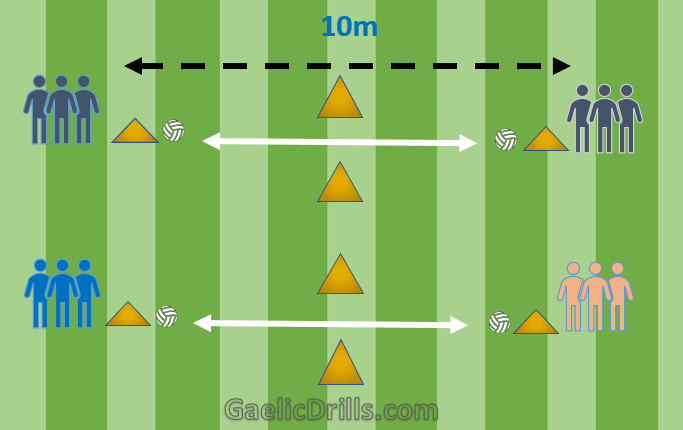 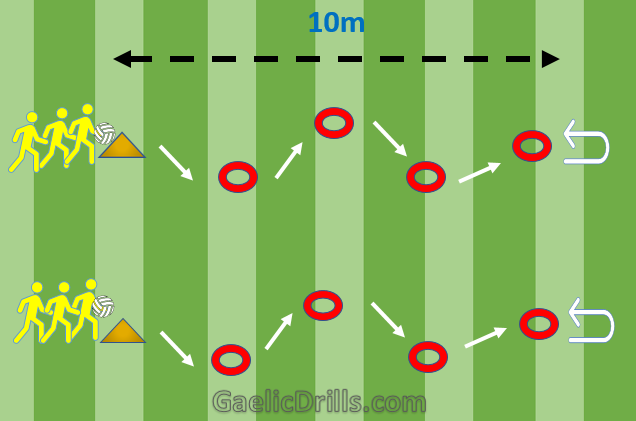 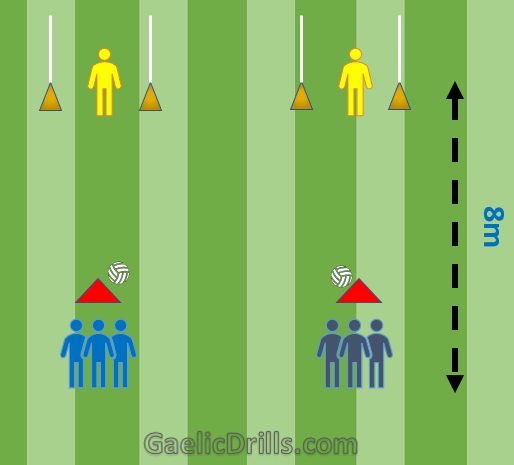 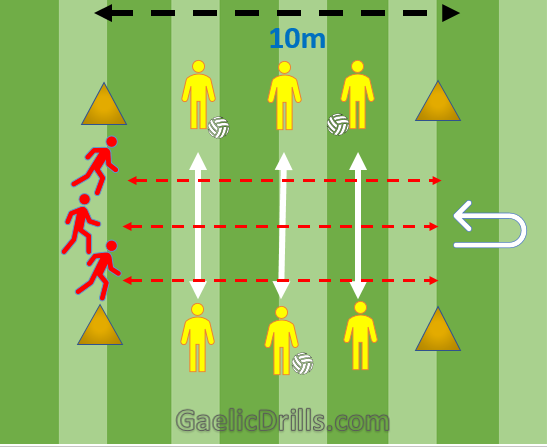 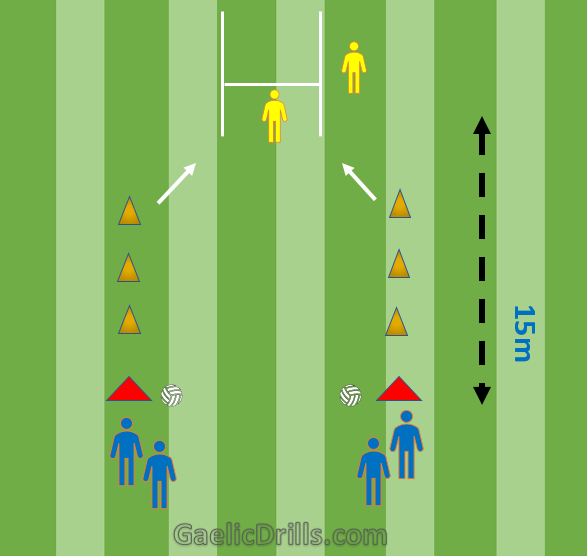 The main emphasis of match play is to get as many of them participating in the game as possible, so it is important to split them into smaller groups again. Set up 2 small pitches and also set up 4 teams each wearing different coloured bibs. Start off with a 10-minute game and then alternate the sides for a second game of 10 minutes. Once the warm-up session, the station drill sessions and the 2 mini match plays are complete, you will do well to have all of this done in 60 minutes or so.

Feedback or Educate Others?

How about you – did you find this Gaelic football drill list helpful in any way? Are there other drills that work better for your own groups that you would recommend instead?

If possible – please share your own suggestions or feedback in the comment box section provided below – so that others across the Gaelic Football community can learn also! (email addresses are not published)